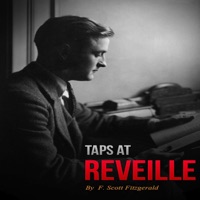 
The eighteen stories collected in Taps at Reveille are:

In The New York Times, critic Edith Walton gave Fitzgerald's final collection a mixed reception. "The characteristic seal of his brilliance stamps the entire book, but it is a brilliance which splutters off too frequently into mere razzle-dazzle." Citing the Basil Duke Lee stories as "small masterpieces," Walton called Babylon Revisited "probably the most mature and substantial story in the book. A rueful, though incomplete, farewell to the Jazz Age, its setting is Paris and its tone one of anguish for past follies." Walton continues, "It has become a dreadful commonplace to say that Mr. Fitzgerald's material is rarely worthy of his talents. Unfortunately, however, the platitude represents truth. Scott Fitzgerald's mastery of style — swift, sure, polished, firm — is so complete that even his most trivial efforts are dignified by his technical competence. All his writing has a glamorous gloss upon it; it is always entertaining; it is always beautifully executed."

Francis Scott Key Fitzgerald was an American author of novels and short stories, whose works are the paradigm writings of the Jazz Age, a term he coined himself. He is widely regarded as one of the greatest American writers of the 20th century. Fitzgerald is considered a member of the "Lost Generation" of the 1920s. He finished four novels: This Side of Paradise, The Beautiful and Damned, Tender Is the Night, and his most famous, The Great Gatsby. A fifth, unfinished novel, The Love of the Last Tycoon, was published posthumously. Fitzgerald also wrote many short stories that treat themes of youth and promise along with despair and age. Both The Great Gatsby and Tender Is the Night were made into films, and in 1958 his life from 1937–1940 was dramatized in Beloved Infidel.